Humanizing the Economy: Co-operatives in the Age of Capital

by John Restakis (published in 2010 by New Society Publishers) 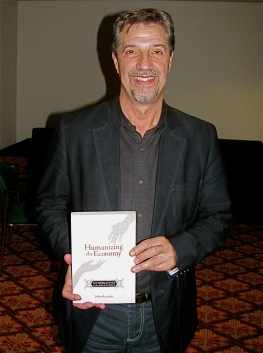 This book, partially based on BALTA supported research, explores how co-operative models for economic and social development can create a more equitable, just and humane future. With over 800 million members in 85 countries and a long history of linking economics to social values, the co-operative movement is the most powerful grassroots movement in the world. Its future as an alternative to corporate capitalism is explored through a wide range of real-world examples.

The Resilience Imperative, Co-operative Transitions to a Steady State Economy

This book is based upon research and reflection supported by BALTA during its initial research program from 2006-2012. It explored many of the themes that became central to BALTA’s work in its Scaling Innovation for Sustainability Project. With our communities confronted by major sustainability challenges, many linked to the impact of climate change, it argues for replacing the paradigm of limitless economic growth with a more decentralized, co-operative, steady-state economy.  It examines case studies of success in energy sufficiency, local food systems, low-cost community based financing, affordable housing and land reform.

Order the book in French.

Order the book in Korean.

Read a discussion paper by John Restakis on The Co-operative City: Social and economic tools for sustainability.