by Dr. Noel Keough, Dr. Mike Gismondi and Erin Swift-Leppäkumpu (published in 2016 in Scaling Up: The Convergence of Social Economy and Sustainability, Athabasca University Press)

In municipalities across Canada, many important heritage buildings have become homes for social economy organizations that use them for a variety of purposes from office space to affordable housing to women’s shelters to co-op radio stations and many more purposes. This chapter explores the various relationships between heritage conservation and the social economy. Several cases are presented. 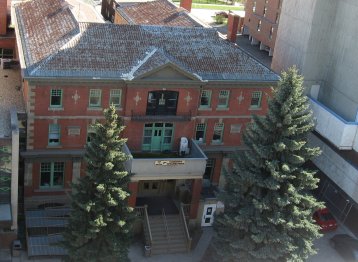 Read a discussion paper by John Restakis on The Co-operative City: Social and economic tools for sustainability.

This project examined the range of ways in which municipal governments are engaging with and supporting the social economy. The research included municipalities in the Canadian provinces of British Columbia, Alberta, Saskatchewan, Manitoba and Ontario (northwestern portion of the province). The research identified a range of models of engagement and opportunities for strengthening the role of municipal governments in supporting the social economy. (This research was a joint initiative with the Saskatchewan/Manitoba/Northwestern Ontario node of the Canadian Social Economy Research Partnerships.)

View a power point presentation on the research.

The resource-based, northern Alberta communities of Hinton and Grande Cache have each identified a crucial need to diversify their traditional economies and social structures. The current economic state of these municipalities is strong but their historic, resource-dependent economies – with their associated boom-and-bust cycles – are considered to be unsustainable for the longer term. Both communities wish to increase their economic diversity, entrepreneurial capacity, the cultural component of their communities, and their long term sustainability. Athabasca University worked with the communities to explore options for addressing these needs. 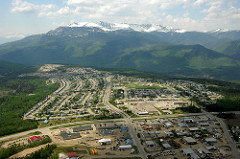 Read a short article on the project.

ULC was initiated and is managed by the Alberta Community and Co-operative Association. The project empowers rural Alberta communities to invest locally, direct their own economic development and reduce dependency on government supports by directing outward-bound investments towards local businesses, keeping local capital flowing through local communities. ULC educates communities on how to establish an Opportunity Development Co-operative (ODC) – a  co-op  that pools and manages capital raised from local investors, which is then invested in local businesses. ULC has also directly supported the development of ODCs in several communities. The development of ULC was based on BALTA research and BALTA researchers have supported ULC with research, resource development and evaluation.

See a short video on ULC and opportunity development co-operatives.

Read a 2014 evaluation by BALTA researchers of the initial development of Unleashing Local Capital.

Read a report by BALTA researchers on Barriers to Participation in the Unleashing Local Capital Project.

Read reports on the earlier BALTA research that helped to inspire and lead to ULC:

Mike Lewis, BALTA’s lead investigator, was appointed in 2011 as a member of the Vancouver Mayor’s Task Force on Housing Affordability. Through his participation, he was able to draw on BALTA research and educate the task force members about community land trusts (CLTs) as a vehicle for affordable housing. The Task Force recommended that the City of Vancouver provide support to CLTs to enhance housing affordability in Vancouver. Subsequently, Vancouver City Council approved support for a major CLT initiative to provide 358 units of non-market rental housing under the auspices of the Vancouver Community Land Trust Foundation (VCLTF), a consortium of non-profit organizations, social finance institutions and the municipal government. An initial case study of the VCLTF initiative was completed in 2015.